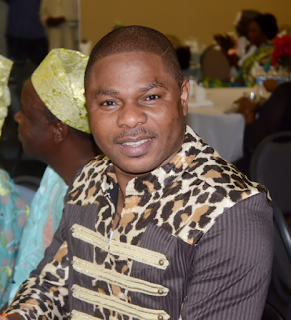 Fresh Fm 105.9MHz, Ibadan owned by popular minstrel, Dr. Yinka Ayefele, has been given the green light to commence transmission by the National Broadcasting Federation.
A recent release signed by its Director, Corporate Affairs and Promotions Mr. David Ajiboye revealed that much information.
The NBC, during an inspection tour of the newly-licensed station last week commended the Chairman of the media house for acquiring latest broadcast equipment acquisition and set up.
Represented by Engr. Friday, the Technical Director of the commission, Mr. Emeka Mba, the Director General of NBC, said, “with what I have seen here today, Fresh Fm 105.9, Ibadan is fully ready.
“The management has successfully surpassed our imagination. Most of the equipment you have here are latest and state-of-the art, I believe with good management of these equipment and wonderful programmes the station will achieve its dream,” he said.
Meanwhile, the station began test transmission on Monday in preparation for a full take off in the first week of August amid cheers and commendation from the people of the city and its environs.
The statement added that NBC granted Yinka Ayefele limited broadcast license on 30th April, 2015 with a transmitting frequency of 105.9MHz after pursuing the license for seven years.