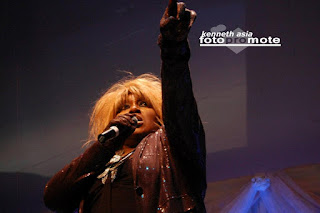 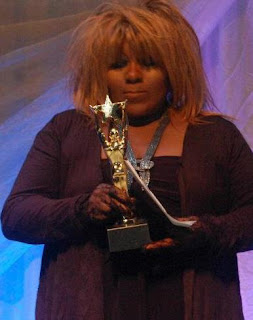 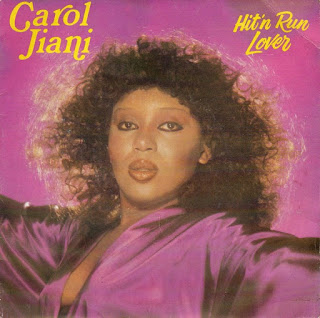 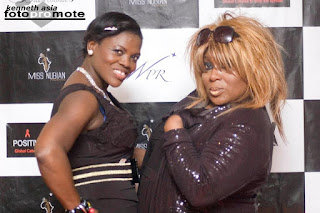 With over three decades of know-how in the world of showbiz under her belt Carol Jiani, born Uchenna Ikejiani a Nigerian-Canadian singer based in England is surely no green horn in music circles. Best known for her early 1980’s song titled ‘Hit’n Run Lover’ the songstress has gone on to churn-out classic tunes over the years and she is about to break new grounds. In this interview with AHMED BOULOR, she opens up on her sojourn into the world of music, why she shortened her name and her plans to make a mark in Nollywood.

Can you recall your early days as a teenager before you left Nigeria for Montreal, Canada in the mid 70’s to study at Concordia University?
As a teenager I had no responsibilities; I was just looking at the world through the eyes of a teenager. I was day dreaming about music really in fantasy land and now it is all real.

At what stage did you discover you had the talent for music?
I discovered my talent for music very early in life. My dad had great parties back home and King Sunny Ade performed at some of the parties so also did the late Fela Anikulapo Kuti. I was surrounded by music all the time I was young and that more like sparked off my urge for music.
What exactly did Glenn LaRusso of Salsoul Records say to convince you to shorten your name from Uchenna Ikejiani to Carol Jiani?
Well at the time I was signed to the record label LaRusso thought it was best for me to use my middle name Carol while taking of ‘Ike’ from Ikejiani which in turn became ‘Jiani’ instead because it was easy for the west to pronounce. My career was established in the west and I was signed onto a label; my management and I agreed it would be best for me. My baptism name is Carol anyway so it is still my name; that was how the name Carol Jiani was born and I have been using the name since then.

How did you feel when your song peaked at Number 4 on the US Billboard Club Play Singles in 1981?
I was so excited when I found out that I was number 4 on the Billboard Charts. I had 3 songs all at the same time on the top 10. It showed me that all my hard work had paid of and that my fans approved of my work. It was a fulfilling and great moment for me.

Why did you choose to leave Canada at the time you did for England especially at the time when you were getting recognition in Canada and the America’s?
I came to the England to see my mum and also to look after her; my songs were also popular in England at the time so I continued to promote my songs there too. I was taking trips to Canada to further promote my songs because that was where it all started for me musically.

When you got to England in the 80’s you were signed by MCA Records but you were later dropped. Could you tell what really happened then?
Yes I was signed onto MCA records and I recorded a song titled Such a Joy Honey produced by Ian Levine. I was not dropped; the follow up track was not picked. The Production Company was to submit another follow up single at the time but they were also going through some changes too because they were letting go of their A&R personnel. So it was not a case of being dropped really.

Did you start producing songs in Canada or was it a craft you developed when you arrived in England?
I started in Canada most of the songs came out of Canada and continued in England.

Is your father a major influencer of your career path?
My dad introduced me to a recording artiste known as Millie Jackson while I was young, from then on; I knew that I wanted to be just like her. There were so many other influences too; so I would say that my father influenced me a great deal. He knew I could sing; he knew I had the talent.

What’s your impression about Nollywood?
Nollywood has grown to become a major export of Nigerian culture, language and way of life. I love my roots but we still have so much work to do to improve the standards of the movies that we churn-out every now and then.
Would it be safe to say you will be more involved in Nollywood knowing fully well that you majored in Drama at the Concordia University?
Yes it is safe to say that; I will be setting the standard this coming year with Nollywood movies. We need to step-up and I am here on a mission to set standards with the experience I have garnered over the years.

Do you think Nollywood has done well to project Nigeria’s image abroad?
I think Nollywood is doing the best that it can do for now; they are really telling the Nigerian story but I feel we need more positive Nollywood films. Let’s look at the brighter side of things instead of dwelling on ritual killing, cyber scam, prostitution and what have you. We should learn to project Nigeria in a good light.

Tell us about your campaign for safer roads in Nigeria?
I think our leaders need to think-out ways to ensure that our roads are in good condition. We need to get civilized here, people are dying, the roads are so bad and I am soon going to speak with Nigerian government officials about this thorny issue. Monies need to be spent on good roads and a lot of people are driving without qualification. We need to save lives…

How would you rate the Nigerian music scene?
I grew up in the old era listening to legends such as King Sunny Ade and Fela Anikulapo Kuti. I am really impressed with the new generation of artiste that we have now; the likes of D'Banj, Wande Cole, Don Jazzy, Wizkid, 2face and so many more. They are really doing good and so many young people like them. Music is a powerful tool and it should be used positively.

After spending most of your life abroad, do you someday hope to settle here in Nigeria?
It would be great to settle in Nigeria; there is no place like home. I am so committed and my music takes me all over the world. I will be spending more time home; I want a better Nigeria that really is my mission. People are hungry, people are dying; we need a better health care system. We need constant electricity and for God's sake all these should have been sorted by now. We must start walking the walk not just preaching. There are so many young and talented artistes who need to churn out good music but how can they do that when there is no constant electricity? How can they work to better their lives? Our government should be more sensitive to the plight of the masses for us to have a better society.