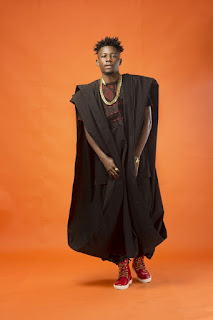 Budding soloist YCEE has dropped his latest single titled ‘Condo’; it could be recalled that YCEE was nominated in the best video and best collaborations categories at the 2015 Nigeria Entertainment Awards (NEA AWARDS) set to hold in September 2015.
Signed to Tinny Entertainment, YCEE's real names are Oludemilade Martin Alejo is a hip hop artiste and he was born on the 29th of January 1993. He is currently studying marine biology in the University of Lagos.
In December 2012, YCEE released his first official single ‘Smile On Me’ which was produced by Jay Sleek, the video was shot by Aje Filmworks and released in January 2013. Prior to "smile on me" music was just a hobby and not a career. In August 2013, YCEE released his second single ‘pass me’ which was produced by Karma and then his third single "Amen" came in November of the same year and it featured Rugged Records Mbryo. ‘Amen’ was produced by Popito. 2014 was a quite year for YCEE as he took time off music to start off with school.
Condo is YCEE's latest offering which is currently getting massive rotation on all platforms. It features reggae sensation Patoranking. The video for "condo" was shot by Clarence Peters and released in May 2015.
Posted by Unknown at 9:39 AM