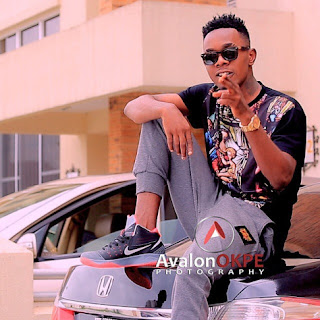 Preparations are in top gear for the first ever African Unity Concert in Asia and dancehall soldier, Patoranking has been named the headline act for the maiden edition of the music fiesta.
The event is packaged by De-jurist promotions, one of the biggest event company based in Asia. The African Unity Concert is organized to show and celebrate the uniqueness of Africans in Asia.
According to the event initiator, Mr Solomon, the motive behind the event is to foster unity among Africans living in Asia; "we at De jurist promotions are majorly concerned about unity and the only way we can foster growth and development of Africans in Asia is to introduce events like this which can bring people together to have fun, explore cultural values and build links."
African unity concert will be staged on the 1st of August in Kuala Lumpur, Malaysia. Other notable artistes in Malaysia will also be performing alongside Patoranking. Popular Deejays like DJ Flava and DJ Ice will also be dishing out hot mixes.
Official media partner Sunky OG who recently launched his magazine in Asia (ZOOM MAGAZINE) will be in charge of all media related issues and he will also be on hand to ensure the event is successfully staged.
Sent from my BlackBerry 10 smartphone.
Posted by Unknown at 5:01 AM