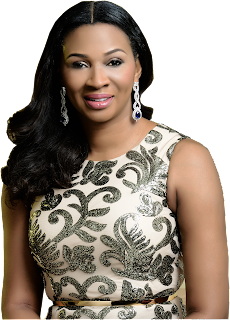 As the events of the ongoing Africa International Film Festival, AFRIFF, unfold, founder Chioma Ude, has described the festival as poised to be the next big thing in film festival.
“I saw a lot of potential,” Ude said of the motivation behind founding AFRIFF five years ago.
“I saw ten years from where I was standing. There is a film festival right now and it’s growing. But I see beyond that. I see a film market, I see a content production.  I see development. We train a lot of young adults and we’re trying to bridge the gap already. I see advancement.”
Five years after, AFRIFF has become a hub for African film practitioners.
“This year is a huge year for us,” Ude said. “We’ve attained a lot of credibility. We’re set to be the most vibrant film festival.”
With this year's theme as 'Accessing Africa', AFRIFF which is sponsored by Access bank, started on Sunday, November 8, had sessions for film screenings, training, parties and an award ceremony. The venues for the screenings are Genesis Cinemas at The Palms, Lekki, Genesis Cinemas at City Mall, Onikan and Silvebird Galleria, Victoria Island, while training holds at Afrinolly Space, Ikeja.
“We actually give out cash awards, about thirty to thirty five thousand US dollars for different categories.”
There are three categories of films – feature, documentary and shorts – at AFRIFF. Thirteen different categories of awards will be given on Saturday, November 14. A jury composed of Pedro Pimenta, Soheir Abdel Kader, Prof Hyginus Ekwuazi, Teddy Mattera, Dr Abigail Ogwezzy-Ndisika, Dapo Oshiyemi, Serge-Armand Kouami Noukoue and Asha Lovelace will determine the winners.
According to the AFRIFF Project Director Afie Braimoh, putting the whole festival together annually has been a challenge.
“From the beginning of the festival to the end of the festival, we have very topical discussions on every aspect you can think of that affects the film industry. We have master classes. It is very intense but the good news for this festival is there is something for everybody.”
“The challenge is getting everything together,” she said. “There are so many moving parts. It peaks up in the middle when we ask people to submit films when we go through the intense process of shortlisting the films.”
Going back memory lane from the first edition, Ude said AFRIFF now has more credibility.
“As you grow, more credible people would send in their movie,” she said. “The criteria is very tough. You’re no longer competing with your local counterpart. You’re competing at the international level. So people now understand what it takes to submit a film into AFRIFF. And so, we’re getting quality films.”
Last year, 250 films were submitted and 90 were screened. But this year’s edition witnessed over 600 film submissions of which 180 will be screened. Also, this edition had participants from 35 African countries and 25 non-African countries.
And unlike last year when 200 students registered to participate in the training, this year’s edition of AFRIFF had more 300 students registered. The training covers financing, marketing and distribution of movies while training will hold in areas such as cinematography, screenwriting, acting and production design. There is also opportunity for 15 students to go to US courtesy of Ford Foundation and Relativity Studios and learn more about films while Africa Magic has promised the students jobs on the front end and back end when they are done.
Posted by Unknown at 1:36 AM