We write on behalf of the good people of your state residing within the above axis stated above.

May we use this medium to formally congratulate you on your resounding success in the polls and the recent confirmation of your status as the Executive Governor of Lagos State by the Court of Appeal.

As a very young administration, we are very much aware of the numerous obligations calling for the attention of the government.

We are of the opinion that given your antecedent as an astute financial wizard, the problems if any are very very solvable.

Sir, specifically we wish to draw your attention to the plight of your loyal citizens living within the Aradagun – Iworo – Ajido axis.

Sir, the access road from Aradagun to Iworo – Ajido is in a terrible state of disrepair. It has constituted a nightmare to the extent that it has impacted negatively on their Economic and social lives.

Interestingly Sir, we have it on good authority that the contract for the repair of the road was awarded about 4 years ago to the construction company CCECC and some preliminary work was done.

However, the construction has been abandoned since then as can seen from the various attachments hereto. (Appendix 1-6).

The inhabitants have made several complaints to the Olorunda L.C.D.A but it is obvious that the matter is beyond them. It is instructive to note that the poor state of the road is a potential area for armed robbery attacks especially at night.

In the light of the above Sir, we humbly request that you use your good offices to alleviate the sufferings of your citizens by looking immediately into the very very bad situation on ground.

We trust that as a listening Governor who believes so much in the change mantra of the ruling All Progressives Congress (A.P.C), you shall not fail to address our plight.

We count on you Sir.

Yours faithfully
FOR: QUANTUM LEGAL PRACTICE 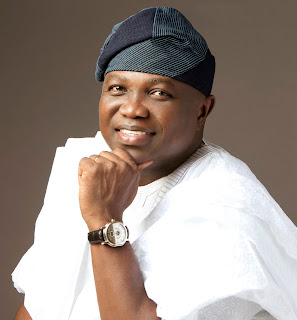