TFAA 2015 Nominees To Be Announced On Special EbonyLife TV Broadcast 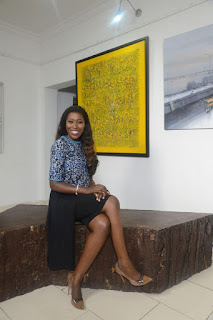 The Central Working Committee for Africa's biggest youth event, The Future Awards Africa has announced that official media partner, EbonyLife TV will be unveiling nominees for the 2015 awards in a special TV broadcast. The one-hour broadcast is scheduled for 3pm West African Time and will air across Africa, hosted by Zimbabwean actress, model and OAP Vimbai Mutinhiri.

Nominations were opened to the general public for individuals or teams between the ages of 18 and 31, who have delivered inspired impact and a track record of accomplishments within their community and/or globally in the last year. More importantly, these accomplishments must inspire youth and older people across Africa.

"We are excited to present this special on our 10th anniversary alongside EbonyLife TV, Africa's first global black entertainment network," said Ohimai Atafo, who is chair of the Central Working Committee. "The Class of 2015 is an inspired set from across Botswana, Rwanda, Nigeria, Ghana, Zimbabwe, Kenya, Cameroon, Tanzania and Uganda. We can't wait to unveil this set of Africa's true leaders to the continent's youth."

There are 10 categories at this year's awards, including a special prize presented by the Ford Foundation's West Africa office for Youth Employment in Nigeria.

The Future Awards Africa 2015 - the 10th anniversary - will hold on Sunday, 6 December, 2015. It is powered by RED and held in partnership with the Ford Foundation, Microsoft, the US Consulate, the Canadian High Commission Nigeria and The Tony Elumelu Foundation. Broadcast partners are Africa Magic, Channels TV and EbonyLife TV.
Posted by Unknown at 2:15 AM