Nominees For AMVCA 2016 To Be Announced Today 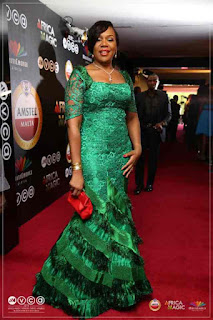 Preparations for the fourth edition of the prestigious Africa Magic Viewers’ Choice Awards (AMVCAs) kicks into yet another gear as nominees are announced on Friday, 11 December 2015. DStv and GOtv audiences should tune in to catch the announcement which airs on all Africa Magic channels at 21:30 CAT. Public voting opens immediately after the announcement and closes on the 26th of February, 2016.
The Nominee Announcement, which will be hosted by ace Kenyan broadcaster Larry Madowo and popular Nigerian comedienne Chigurl, is once again brought to viewers across the continent by Africa Magic in association with MultiChoice and the headline sponsor, Amstel Malta.
The Director, M-Net (West) Wangi Mba-Uzoukwu, said: “We are pleased to invite our viewers to tune in as Africa Magic announces nominees for the 2016 AMVCAs. The AMVCAs remain the most important celebration of film and television talent across Africa, and for the 2016 edition we have received over 2,500 entries. Everyone is undoubtedly excited and I urge viewers to tune in as we find out those who made the final cut.”
Since the maiden edition in 2013, the AMVCAs have celebrated the contributions of African filmmakers, actors and technicians to the success of the continent’s film and television industry.  With the fourth edition, which is scheduled to hold in March 2016, viewers can expect to see awards in categories ranging from acting, directing to scriptwriting and cinematography, to newly announced categories like the Best Movie for West Africa, Best Movie for East Africa, and Best Movie for Southern Africa.
To find out more about the AMVCAs and all the nominees for the 2016 edition, remember to tune in to any Africa Magic channel on DStv and GOtv on Friday, the 11th of December at 21:30 CAT. For more information on the Africa
Posted by Unknown at 7:08 AM