Afro Centric superstar Blackmagic made history when he released visuals to his lead single "Wonder" on Friday.

The BOB front liner released the song earlier in 2016 during the Valentines season, it went on to gain massive airplay and rave reviews on major media platforms.

Following the release of the much anticipated video shot by Myke the Myth, the reception has been huge as Wonder video breaks Blackmagic's record of views in the first week of his video releases on Youtube and it has successfully surpassed the 100k mark in just a matter of days. 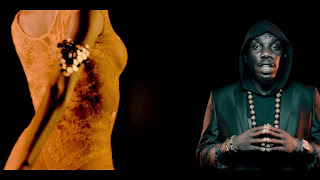 Following all the noise that trailed the futuristic life video which has been called a contender for "Video of the Year", Wonder video is worth all the hype & it sees Blackmagic rise in contention as one of the artists set to dominate the music scene in 2016.