With the present situation of the country, and choking societal ills that have victimized almost everyone directly or indirectly, more film makers seem to have woken up to the need for a criticism of some of the dark acts of humans and how some people have disrupted the vision of this country through their uncontrollable selfish preoccupation. 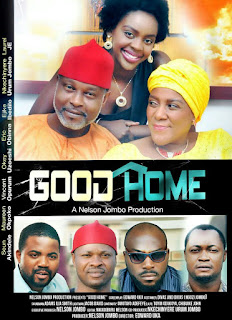 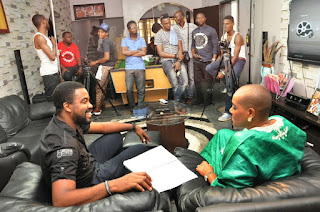 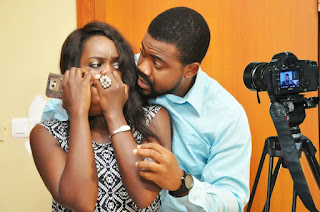 Having worked as a co-producer with his talented and award winning sister, Uche Jombo, who tutored him to be one of the Lilium Inter Spinas of the industry that she is, Nelson Jombo released hi first movie “Luke of Lies” in 2015, which also touched on some of the vices that pervades the society. Directed by Emmanuel Mang Eme, Luke of Lies stars Alexx Ekubo, Eddie Watson, Belinda Effah, Daniella Okeke, Laurel JE, Nkechinyere Urom Jombo and others, who captured the prevailing issue of internet scam amidst other domestic vices perfectly.
Not losing the vibes of addressing the issues that affects the masses, as against the overflogged romance that has been the crux of Nollywood for a long time, Nelson Jombo, moved on to produce “Espionage”, which has its plot revolving around the issues of cyber crime, money laundering and murder, which has, overtime, been the way of life of teenagers and young adults in Nigeria, and by extension the world at large. Nelson perfectly experimented with the undercover agent character, an aspect most Nigerians film makers shy away from, due to its complexities, but complexity is what Nelson is made for. Speaking on the movie, the director, Uzee Madubugwu affirmed that the team paid attention to the minutest of details, as they aimed for excellence.
Fast forward to 2016, Nelson has once again proven that he is in for some serious business, as he unveils “Good Home”, another strong allusion to one of the vices of the society that most people have decided not to talk about-Human Trafficking-especially as he drives his message from the point of the role of the supposed entrepreneurs in this societal ill.
The plot of “Good Home” focuses on the CEO of a trucking company, who is acquitted during a high profile human trafficking case, but when he wants to go legitimate, his dodgy business partner does everything in his power to keep their arrangement going.
The movie which was directed by Edward Uka and produced by Nelson Jombo under the Nelson Jombo Production stars the likes of Seun Akindele, Okey Uzoeshi, Vincent Opurum, Maureen Okpoko, Eric Obinna, Nkechinyere Urum Jombo, Ejike Ibedilo and Laurel JE. "Good Home" would be showing exclusively on Iroko TV, Irokoworld, Channel 23, and Channel 211 on Star Times.
Watch trailer below:
Link to movie trailer- https://www.youtube.com/watch?v=JSTAC1mb2TM