A few days after soulful singer Timi Dakolo denied granting Punch newspaper an interview, Nollywood actress Stella Damasus has denied granting ThisDay Life & Style the controversial interview that trended on social media some days ago.
Speaking through her Publicist, Bayo Adetu, Stella reiterated that she hasn’t even granted any Nigerian media platform interview in the last two years. “I can only remember speaking to Golden Icon in an interview more than two years ago, so I was surprised when the local media was awash with a purported interview I granted. To make the records straight, I didn’t grant ThisDay any interview,” Stella insisted.
The multi-talented entertainer, who just released ‘The Alternative,’ her first studio recorded album, added that she is focused on her career and the mantle of inspiring every home with the creative piece.‘The Alternative’ is an 18 track gospel album that touches on faith, love, hope as well as personal experiences in Stella’s life and how her relationship with God helped her though it all. With this album, Stella hopes to use God’s word to inspire, motivate, encourage and most importantly tell the world of how loving, kind and accepting God truly is. “The album is not to show perfection of man but to show God’s perfection in the life of an imperfect man,” she said.
She featured Gabriel Afolayan in one of the tracks –‘Get Loud,’ while rapper JQ bounced on ‘Open Up Your Heart.’ 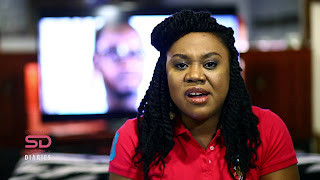