Two months after it began, the winner of Chopstix’s 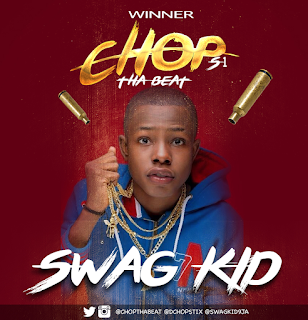 As his reward for winning the competition, Swag Kid, who has been bubbling under for a few years, will get a full production deal with Chopstix. His entry was so impressive that the ace producer took a flight to Ghana in order to break the news to him in person. He subsequently took to his Instagram page to laud the young talent for his immense skill in spite of his age.
Chopstix has always been about refining budding talent and giving them recognition and a shot at making it big. He has been heavily responsible for the growth of artists such as Endia, Yung L, Patoranking, Ceeza, Dremo, ichagba and the new rave, Klintt. He also produced most of the tracks on Ice prince’s ‘Fire Of Zamani’ album including monster hit; ‘Aboki’.