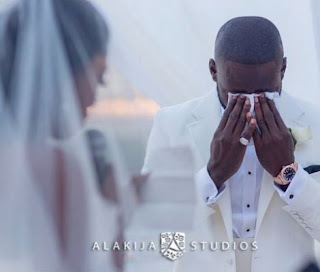 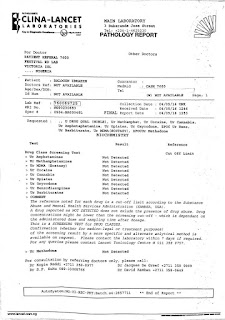 The biggest and most controversial story of 2016 has taken yet another turn as allegations made by Nigerian singer Tiwa Savage about her husband are beginning to lose their validity as news came in less than 24 hours ago that Teebillz tested negative for cocaine and other hard drugs.
Tee Billz has allegedly admitted to those close to him that he has been living with depression and anxiety for over 2 years and throughout this turbulent period looked for solutions and quick fixes often to no avail. Despite insinuations made in the video, he has now been cleared of drug abuse.
The following evidence has been obtained by Pulse.ng, supporting the report that made rounds yesterday about his non involvement in drug use.
A pathology test run by Clina Lancet Laboratories confirms Teebillz as negative to the use of Cocaine and other hard drugs.
Clina Lancet laboratories ran tests to confirm Teebillz drug use history, the results were published on the 4th of May 2016. Teebillz tested negative for the use of Cocaine, Cannabis, Ecstasy, Oxycodone and every other form of hard drugs which counters the rumors that suggest he is a drug addict/coke head that is in debt because of drug abuse.
With the support of those around him Tee billz has taken the courageous first steps and began to seek the medical and spiritual help he needs.
Tee billz has reportedly been receiving spiritual guidance and counselling from Pastor Ituah Ighodalo, General Overseer of Trinity House and Pastor Ayo Oluokun from City of David Church who was the first to reach out to him and pray with him, and for him daily since his breakdown.
He has also been receiving life coaching sessions and therapy by Lanre Olusola also known as The Catalyst whom he first met over 2 years ago at the beginning of his struggles with depression.
Sources close to Tee billz say he acknowledges that he has made mistakes, and he is taking steps to mend and rebuild his life by getting the help he needs in order to be a renewed man for his family and loved ones.
Posted by Unknown at 12:28 AM