Actress Henrietta Kosoko to be buried this Friday

The remains of Star Actress and wife of Prince Jide Kosoko ,Henrietta will be buried on Friday 10,June 2016 at Atan cemetery ,Lagos southwest Nigeria.

According to an official statement issued by Prince Jide Kosoko ,Heritta’s final journey to the great beyond will commence on Thursday, 9,June 2016 with Christian wake and artiste performance at the Blue Roof ,Lagos Television ,premises, Lateef Jakande road ,Agidingbi Ikeja, Lagos State between 4 and 9pm.

The funeral service for the deceased will be held  on Friday at the Catholic Church,Regina Mundi,Idi-Oro ,Mushin Lagos .This will be followed by interment at Atan Cemetery, Lagos. 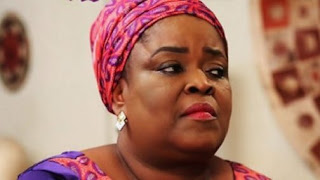