End the week's hustle and bustle with the baddest DJ ever liveth, DJ Neptune who is set to electrify the dance floor with some of the biggest hits at home and in the diaspora. Doors are at 10:00pm on Friday, June 24th 2016. 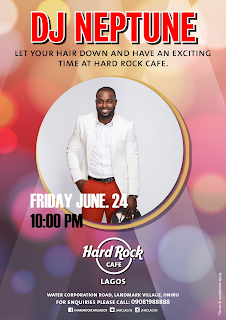