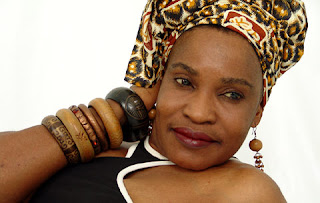 The rub and dub master Ras Kimono,Wasiu Alabi Pasuma ,Charles Oputa aka Charly Boy ,DJ Jimmy Jatt and other celebrities will storm Bluesea Garden and Nite Club, Akilo Road for an old “schull” party put together by “Samba Queen”, Stella Monye & WINAI Women Initiative Nigeria.
The show scheduled for Saturday 30th of July 2015, according to Monye is in honour of the late Prince Rogers Nelson aka Prince for championing the business of women in entertainment industry through his career which is line with the objectives of WINAI Women Initiative Nigeria, ‘my NGO which has introduced many women programmes like 1000 mics that has about 250 female singers raised from the school, churches, night club circuit and the general public’.
She said that apart from the party which is purely old school, that is, all attendees will be dressed in old school attire, the show will also feature an award segment where the wife of the governor of Lagos State, Bolanle and wife of the APC Chieftain, Asiwaju Bola Ahmed Tinubu, Senator Oluremi Tinubu will receive award for assisting the cause of women.
The Samba Queen said that other celebrities that will grace the occasion include Denrele Edun, actress Patience Ozokwor aka Mama G, Tee Mac Omatseli, Lady drummer Ara, Orits Wiliki, Daddy Showkey, Victor Essiet of the Mandators fame, the rain maker Majek Fashek, Sammy Okposo, Shina Peters, Salawa Abeni, Bolaji Rosiji and others.


Prince Rogers Nelson who died on the 21st of April, 2016 was an American singer, songwriter, multi-instrumentalist, record producer and actor who has impacted positively the lives of women during his lifetime.
Posted by Unknown at 1:31 PM