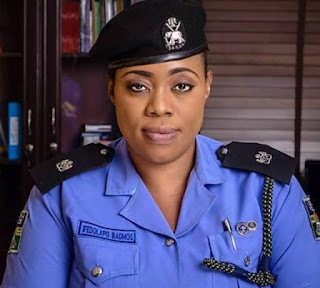 The Nigerian Police Command has officially issued a statement through SP Dolapo Badmos, Police Public Relations Officer, Lagos State, and has directed a full scale investigation into a report that the #SaveMayowa campaign may be a scam after all.

In the statement released this morning, the Nigerian police assured all who contributed generously to the #SaveMayowa campaign that it will ensure it does not turn out a hoax while also committing that the outcome of the onging investigation shall be transparent.

“The command wishes to inform all the good spirited people who had donated generously to this course that it will ensure it does not return as a hoax and every outcome of the investigation shall be made open. Our heart is with Mayowa at this Critical period of her life and pray she finds healing.” The statement signed by the state PPRO read.
The fact that medical doctors at the Lagos Teaching University Hospital (LUTH) had revealed to Mayowa’s family when they passed a medical verdict on her saying she would not survive the effect of the ailment (Ovarian cancer) she was suffering makes it unclear whether the family wanted to defraud Nigerians or simply raise the funds in the hope that Mayowa would survive if taken abroad for treatment.
Nollywood actress Toyin Aimakhu who spearheaded the #SaveMyowa campaign by appealing to the Nigerian public which compassionately raised the sum of N32 million for the lady in three days, raised the alarm when she stormed the Lagos Teaching University Hospital LUTH where Mayowa is currently admitted with policemen demanding to know the authenticity of the cause she spearheaded out of goodwill.