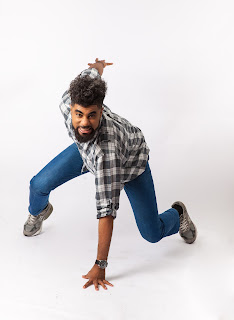 Controversial housemate, ThinTallTall has secured immunity from this week’s eviction in the on-going Big Brother Naija reality show after beating other contendersin all the keenly contested Head of House tasks last Monday.


Following last Sunday’s all-inclusive nomination, all the eight housemates were subjected to a series of contestsas parts of the routine to select a new Head of House. Marvis, TBoss and ThinTallTony were the three housemates who made it to the final in the HoH contest, after scaling through a series of contests.
In the final contest, the trio was required to deflate several balloons with their bums in order to find a mystery paper that will give the mandate to the would-be HoH housemate. The only male housemate in the final contest, ThinTallTony ultimately emerged winner; thereby joining Bisola and Bally who are immune from nomination come Sunday’s eviction show.The seven housemates that will slug it out in Sunday’s eviction show are Uriel, TBoss, Marvis, Kemen, Efe, Bassey and Debbie-Rise.
Meanwhile, the eight housemates including ThinTallTonystill believe that the road to winning the coveted 25 million naira and SUV has become narrower as two of the most popular housemates are supposedly out of the race.


As the new HoH assumes his throne in a triumphant manner, he is immune from eviction, but does not wield the power to save or nominate any housemate from eviction. As the BBNaija draws inexorably towards the end, more mysteries have continued to unfold and no one knows what Biggie has up his sleeve.
Posted by Unknown at 7:16 AM