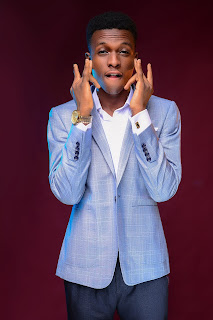 Discovered by renowned talent manager, Paul Akhimie, who is responsible for the successful run of stellar status music brands, Fariz has wowed many with his latest single which is currently blazing the airwaves and has been on rotation on major FM stations in Nigeria and also available on major streaming sites online.

Born and raised in the city of Lagos, with an uncommon jovial and optimistic spirited personality that is quiet uncommon with the nerving temperament of the city, Fariz started his sojourn into music as a singer when a producer friend of his urged him to freestyle on a beat.

There and then the bug caught on and he has not looked back ever since as he has gone on to work with internationally acclaimed heavyweights in production, working and lending his voice on pieces from the likes of Sarz, DJ Coublon, Ex-O, Kuebounce, Beatburx and many more.

Special listen sessions with respected industry pundits, media pros and top OAP’s has further reaffirmed that the soloist who is an undergraduate student of the University of Minna, is set to carve an enviable niche for himself on the music scene.
Posted by Unknown at 8:11 AM