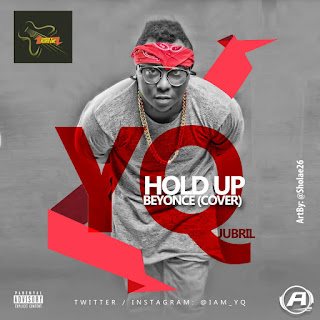 “The hook master”, YQ Jubril has revealed the cover to Beyonce's smash hit single "HOLD UP" produced by Don Ada.

Signed onto the stables of Hookmasters records, YQ who has proved himself over the years delivers his version with a blend of lover’s rock/reggae.

The cover release will be followed by a first official single on the Hookmasters platform which will come sooner than later.
Posted by Unknown at 4:31 AM