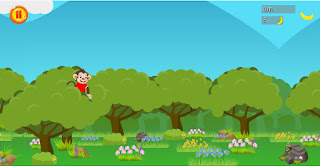 In this free-to-play game Babu, the player taps the screen to fly through the sky and space collecting bananas to keep Babu (the player character) up in the air! Using clouds and other awesome boosts to propel Babu higher and further.


The player has to watch out for storm clouds and meteors lurking in the skies or equip shields to protect themselves. Through collecting and earning coins the player can unlock awesome boosts such as rockets, jet-packs, propeller hats, firing barrels, slingshots and rainbows, which will help blast Babu further and higher than before and setting new high scores!
Gerald Gombiro founder of 2.0, said of the new game: “We are really excited about this release. The simple to learn and relaxing one tap gameplay combined with the fun physics based mechanics and absolutely gorgeous graphics are sure to keep the players engaged, addicted and excited. We expect this game to go viral, but most of all, we look forward to people enjoying playing it”