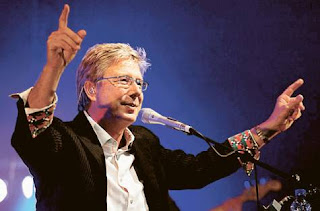 The death of popular American gospel singer and songwriter, Evangelist Don Moen has been debunked by his son Michael in a chat with Nigerian gospel singer Frank Edwards.

Moments after news started making the rounds that Don Moen had passed away, Frank engaged Michael in a chat asking to know how true the news was and in his reply Don Moen’s son debunked the claims saying his dad is doing just fine and will soon issue a statement to clear the air.

Frank Edwards also took to his twitter page to refute the rumours when he wrote thus on his Twitter time-line; “Please ignore this fake news!!! Don Moen @donmoen is very alive and healthy.”

Early today, it was reported that the multiple-award winning singer died a couple of hours after he was rushed to a hospital after a short battle with stomach pain. 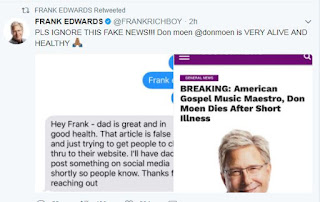