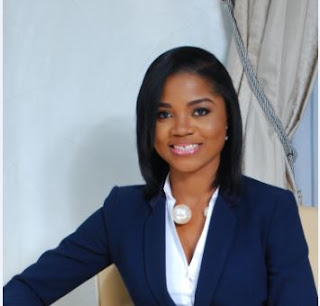 Talented who has also displayed her aptitude in acting and presenting now becomes the host of the program after her successful stint at the United Nations headquarters in 2015 where she was assigned to report on Nigeria’s rotational presidency at the Security Council where she deeply analysed the resolutions of the council and how it affects the nation and continent.

The Channels TV News anchor and soon to be Masters Alumni of the world’s foremost journalism School—Columbia Journalism School, will host the English version of the program alongside Grammy Award winning singer Angelique Kidjoe who has been listed to hosts the French version.

Reports say the show which is shot in the premises of the UN in New York has over 20million viewers across Africa and is a monthly 26-minute news magazine programme that puts a spotlight on the world's underreported stories.
Posted by Unknown at 11:25 PM