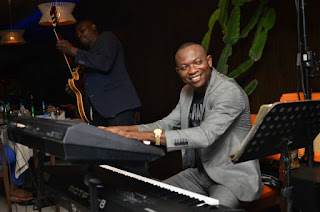 The association of music band owners, Ambon has concluded plans to officially unveil itself to the public come April 24th,2018.

The launch a first of its  kind within the entertainment scene in the country will take place at the Ibru Waterfront Garden on Louis Solomon close VI Lagos.
In a statement made available to the media, Akin Tofowomo the President of the body disclosed to that Ambon as a body is being unveiled to showcase the competent and versatile members in its fold and also position the group as a serious professional music group that is out to make a difference.
Mr Tofowomo in his statement further said the music band group is here to stay and called on other band groups yet to join to come on board and be a part of history .
Ambon has its members drawn from the following bands.
Shuga band, Sharp band,Eboni band,Prudence band,Ayodel band,G - Notes, Faith band, SB Live,Heroes band,Zee Squad,Eagle band and Aristo band, Awesome Band, Rockers Band, Zion Band and Ariiya band
The Ambon grand unveiling scheduled to hold next week will play host to a lot of industry players and captains of media organizations in Nigeria.

Establish a body that collectively helps to develop, empower and organize our unorganized Live Music sector, using the best practices and knowledge available for a sustainable legacy.
Posted by Unknown at 8:15 AM