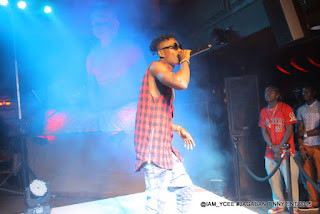 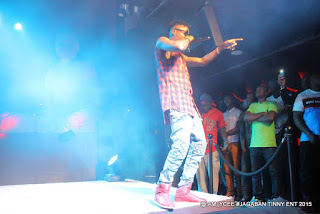 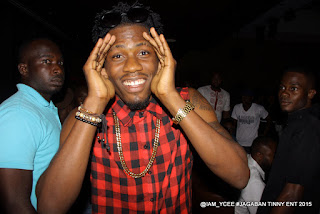 Wednesday July 25th, Smirnoff's industry night hosted hip hop veteran and business mogul Ill bliss the Oga boss. As usual when it's a top artist it's always a fully packed house. YCEE was one of the supporting acts on the night and as soon as he got on stage, he owned the show.
After delivering a pumped performance of his smash single "condo", YCEE then premiered his brand new single "JAGABAN". The crowd enjoyed him so much they asked him to perform again.
In the images you can see the top guns in the industry welcoming the emerging face of new school hip hop. Already tagged as the rookie of the year 2015, YCEE is most definitely earning the recognition.
Performance Video
Youtube Link:https://youtu.be/nTpGUiPLb3A
Sent from my BlackBerry 10 smartphone.
Posted by Unknown at 4:47 AM