Bob Manuel-Udokwu set to be bestowed with chieftaincy title 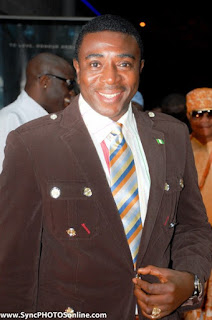 The hard work and good deeds of veteran Nollywood actor Bob Manuel-Udokwu has not gone unnoticed as he is set to be honoured with a chieftaincy title in Anambra State.
Bob Manuel will be bestowed with the “Onye Anagba Nkili” title meaning “One That People Rush To Behold”- one of most coveted Chieftaincy titles in Anambra State by his majesty, Eze Chukwuemeka Eri.
According to his letter of nomination, Bob Manuel will be honoured for his immense contribution to humanity, high positive degree of credibility and strive for high ideals.
He will be officially bestowed with the title during the forthcoming 2015 Eri Festival slated to be staged on the 13th to 14th November 2015 at Ime Obu-Gad, Iduu Eri Kingdom in Enugu State.
Posted by Unknown at 10:17 PM