Burna Boy prepares to enter UK after expiration of ban 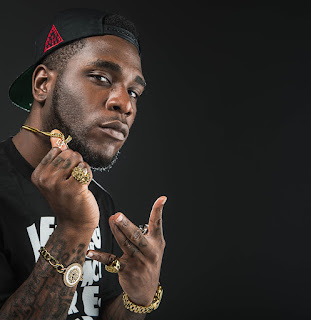 Dancehall artist Burna Boy is gearing up for a return to the UK in 2016 when he is expected to be eligible to enter Queensland.
The singer who has been unable to thrill his fans in the UK is excited that he can meet with scores of his followers when returns.
A show promoter named King SMADE added the singer on the list of artistes to perform in the UK in 2016 and Burna Boy has expressed his excitement at the development. He said, “(I) can’t wait for the ban to be lifted.”
SMADE who told the singer that his London fans are anxiously waiting for him to thrill them, got a response from the artiste saying, “I've patiently waited for 5 years Brother! 2016 will never be forgotten. That's on my life!”
The artiste has a criminal past that he would rather not let the public have knowledge about.
In 2010, Burna Boy was arrested in London for allegedly being part of a gang that stabbed someone to death.
He was tried as a minor and sent to jail. After 11 months, he was released and given two months parole plus community service on the grounds of being of ‘good behaviour’.
The artiste disobeyed UK authorities and travelled back to Nigeria (while still under parole) where he signed a record deal with his former label Aristokrat. He later travelled back to the UK but was arrested at the airport and deported to Nigeria where he has been building a career in music for himself ever since.
Posted by Unknown at 9:17 AM