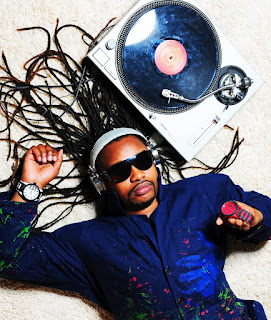 The EP of the multi-talented entertainer, based in New York City is experimental and it leans on urban electronic, hip hop and R&B.

In addition, Dream Slo has for the first time directed, shot and edited the “One Day" short film/music video montage, a visual-based narrative of journeys through the composition of the EP, and DJ Xpect’s experiences across Kenya, West Hollywood and New York City. The11-minute narrative was shot over a year, and features brief cameos by associates Xpect has been working with, most notably: LO.U.D. (urban street dance crew from Brooklyn, New York) as well as emcee Buddha Blaze, who also worked behind the scenes with filming.

DJ Xpect says, “I am now entering into a phase of pushing this “One Day" EP as far out far and wide as I do live gigs. I also have some of the regular afro electronic music coming out soon and for that I will release under my regular name Xpect. Thanks much as always.”

Xpect is rapidly building a fast following on Instagram where he craftily composes 15-second cinematic pieces that stretch beyond normal artistic boundaries and mash up music and culture.