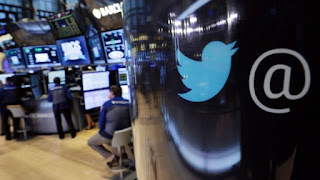 Cybercrimes has reached another height especially as hackers now use social media as a tool to cheat unsuspecting people and businesses online.
A federal grand jury in San Francisco indicted a Scottish man on Thursday for securities fraud after prosecutors say he manipulated stock prices using Twitter.
James Alan Craig, 62, of Dunragit, Scotland, set up Twitter accounts in 2013 that appeared to be associated with real market research firms before sending out false Tweets that sent companies' stock prices plunging, prosecutors said. He is accused of then buying the companies' stock and profiting when the prices rebounded. Craig caused shareholders to lose more than $1.6 million, according to prosecutors.
"This investigation dismantled a stock market manipulation scheme that operated with one goal in mind — to falsely defame a company in order to destroy its stock value for financial gain," FBI Special Agent in Charge David Johnson said in a statement.
It was not immediately clear whether Craig had an attorney. An email to a U.S. Attorney's Office spokesman after hours Thursday was not immediately returned.
Craig targeted the San Francisco Bay area sound technology company Audience and the Washington-based biopharmaceutical firm Sarepta, prosecutors said. He Tweeted that Audience was being investigated by the U.S. Department of Justice on rumored fraud charges and that Sarepta papers had been seized by the U.S. Food and Drug Administration, prosecutors said.
He is accused both times of using his girlfriend's TradeMonster account to purchase shares in the companies and then later selling them at a higher price.

Credit: ABC News
Posted by Unknown at 4:00 AM