"What this small island nation lacks in size, it makes up for in ambition" 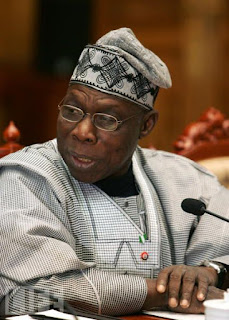 Those are the words of HE Olusegun Obasanjo, Former President of the Federal Republic of Nigeria who was in London to address investors and development partners at STeP IN London, the São Tomé e Príncipe investor roadshow that took place on 14th and 15th October.

Convened and hosted by the Government of São Tomé e Príncipe, headed by Prime Minister HE Patrice Emery Trovoada, 'STeP In London'http://stepinconference.com/) was the first ever International Conference for private investors and development partners. The two-day Conference, graced by HE Obasanjo as the Guest Speaker, was an opportunity to forge stronger links with the investment and development community. 80 companies and investors from 20 different countries attended the meeting on Wednesday, with representatives from 26 countries and 31 multilateral and bilateral institutions taking part in the partners' roundtable discussion on Thursday.

During his keynote address, the former Nigerian Head of State who is known for being a champion of driving investment into the continent, said that he was at the conference to lend his support to the actualisation of São Tomé e Príncipe's transformational vision. The gathering brought together a select group of private investors, members of the business community, and international development partners to discuss opportunities that were centered on the country's national strategic agenda.

Speaking at the Opening Session, HE Obasanjo said: "When Prime Minister Trovoada asked me to come and speak at this very important conference, I accepted the invitation for three reasons. Firstly, we are neighbours and as neighbours, we are expcted to love our neighbours as ourselves. São Tomé e Príncipe benefits from West and Central African economies, so it is brotherly love that has brought me here. Secondly, I am here for personal reasons: The Prime Minister is a great leader and a man to trust and I am delighted to lend my support to an honourable leader, pursuing an honourable cause. Thirdly, when I took office I had the same vision as that of the São Tomé e Príncipe leader: to woo investors and development partners. Some declined to take up the offer, but those who did are now benefitting from their investments in various sectors, including telecommunications, oil and gas, education and the mining industry".

São Tomé e Príncipe, Africa's second smallest country after Seychelles has ambitious plans as it positions itself as a hub for the Gulf of Guinea. Conveniently located between some of Africa's largest economies, most notably Nigeria and Angola, it wants to create a logistical hub to service West and Central Africa, as well as becoming a tourist hotspot for expats working and living in the region. The country's Transformation Agenda evolves around three economic pillars: 1) the deep-water trans-shipment port as a maritime hub for the Gulf of Guinea; 2) the international airport as the regional aviation hub; and 3) the "do-business-easy" legal and fiscal infrastructure in dedicated areas.

President Obasanjo went on to speak at the conference about the importance of trust, saying that it can only be gained when governments deliver on their promises and work hard to create an enabling business environment. " The slightest whiff of mistrust will cause investors to take flight. We did our best to fulfil our promises to our business partners and the Nigerian economy recorded impressive growth. São Tomé e Príncipe will surely learn some important lessons from our experiences."

The former Head of State encouraged participants at the conference to invest and partner with the island nation, highlighting the progress made by that country, despite its size. "Today, São Tomé e Príncipe is like a lion cub, but tomorrow it will be a big African Lion. So when that time comes, it will be good to have a lion for a friend". He said he had personally experienced the warm, welcoming and resourceful people - many of whom are very young, saying that what this small island nation lacked in size, it made up for in ambition.

São Tomé e Príncipe celebrated 40 years of independence and 25 years of democracy this year. The ruling ADI Party assumed office in October 2014 with an absolute majority mandate, the first in its history. In the just-launched 2015 Mo Ibrahim Index of African Governance, the central African island nation shows a positive overall governance trend, ranking 13th out of the 54 African countries surveyed. With an overall score of 59.1, this is well above the Africa average of 50.1. With scores of 67.6 in participation and human rights category, 66.7 on human development, 61.5 on safety and rule of law and 40.4 on sustainable economic opportunity, this marks a +0.7 change since 2011.

In closing, HE Obasanjo told the investors and development agencies at 'STeP In London' that partnership is the key to achieving the 17 sustainable development goals. "São Tomé e Príncipe needs to adopt the technical assistance and policies that work for it, in order to realise its goals on infrastructure, the economy and the development of human capital in this competitive environment".

Distributed by African Media Agency (AMA) on behalf of

The Government of the Democratic Republic of São Tomé e Príncipe.
Posted by Unknown at 4:40 AM