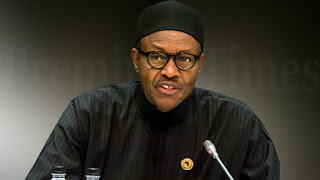 A group, Nigerian National Summit Group (NNSG), has urged President Muhammadu Buhari to urgently stop Nigeria's movement towards anarchy, disunity and economic distress, and immediately set in motion steps to implement fundamental resolutions contained in the 2014 National Conference reports adopted by all delegates. NNSG, in a statement signed yesterday by its Executive Secretary, Mr. Tony I. Uranta, warned that Nigeria could still suffer the 2015 Bogey if it refused to immediately commence restructuring, adding that very important voices from the North had come out loudly in support of restructuring in recent times.Notable among Northern leaders identified as lending support for true federalism lately are former Vice-President Atiku Abubakar and Alhaji Ahmed Joda.


NNSG stated in statement that the former vice- president had remarked that he regretted not supporting former Vice-President Alex Ekwueme’s  earlier call for the creation of six semi-autonomous regions at an Awards ceremony, which took place in September 18, 2012, affirming that Ekwueme obviously saw what some of them did not see at the time."As now obvious, from the above, this is not a call by just a few 'disgruntled' sections of Nigeria. The Southwest, North-Central (Middle-Belt!), South-East and South-South have been spearheading this campaign for true holistic change via restructuring for decades. "Now that Arewa chieftains like Joda and Atiku have admitted to this pressing exercise, President Buhari must recognise that the North-West and North-East strongly desire Restructuring also, so Mr. President cannot but step up to the plate and fulfill his oath of office to serve Nigerians to the very best of his ability and opportunities. "We must not think that Somalia, Yugoslavia or Syria are mirages. If Nigerians do not calculatedly put an end to this national drift towards madness, we will have ourselves to blame. What a tragedy it would be if Nigeria's failure were to happen on Buhari's watch. We pray not," the group said.‎