"i am dedicating this video to Quilox and the ceo Shina Peller because of the constant love and support that has been shown to theYBNL team. I cannot thank the brand enough. God bless you more"Says Olamide 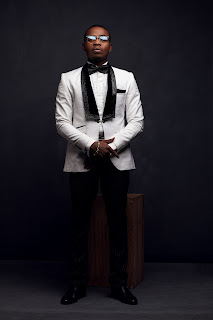 The video which makes it debut today on Olamide’s VEVO channel denotes Olamide in a luxurious llifestyle. This relates back to the luxurious lifestyle that defines both Olamide and the brand Quilox. In simple terms the video illustrated the typical life of an MVP, a ceo that works so hard to achieve his goal and knows the importance of teamwork, and also knows how to have fun.


The video defines olamide in the new generation relating to his personality and lifestyle. This video was shot in London and was directed by Alexxadjei. The video was premiered exclusively at Quilox on Wednesday 11th of November 2015 to a variety of celebrities who came to support Olamide.
Posted by Unknown at 1:09 AM