Omotola Jalade-Ekeinde Is Tired of Racism 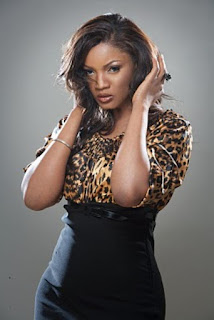 It seems racism has been around so long we would have been able to overcome it as our species developed, but contact with those of whom we are afraid of often lead to disputes, which, in time, made racism to transform from people simply disliking each other, to the permanent and indestructible foundation of common racism and prejudice.
Racism is one of the most talked-about issues in the world today and is said to have been derived from many places, with one of the most common ideas being upbringing.
Most of the times, African’s and those with black skin are the worse affected despite the efforts by different organisations denouncing and discouraging the scourge which has been on for a pretty long time.
Nollywood actress Omotola Jalade-Ekeinde seems disturbed by the plague as she recently voiced out her disapproval of racism; she called out African leaders to manage their resources and citizens effectively so there will be no need for African’s to travel to developed countries to seek a better life.
“Totally tired of all racism stories I read. Mostly, If Africa managed its resources and respects itself and its own people, black image will change.” She posted on social media.