Outcry in Israel over Netanyahu's choice for media spokesman 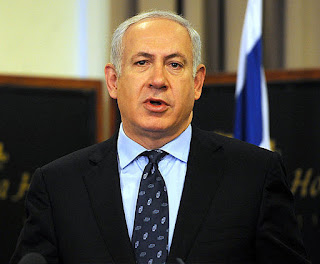 The decry of the nomination of Ran Baratz, who had accused Obama of anti-semitism, comes as Israeli forces kill another Palestinian.
Israeli Prime Minister Benjamin Netanyahu has come under fire for nominating a new spokesman who has in the past derided the country's much-admired president, made snarky remarks about US leaders and voiced support for Jewish hardliners.
The nomination of Ran Baratz, founding editor of a conservative news site, sparked an uproar in Israel on Thursday.
Baratz recently said on his Facebook page that US President Barack Obama's response to Netanyahu's speech to Congress this year was an example of "modern anti-Semitism in liberal Western states".
Netanyahu's speech marked a low point in relations between the two leaders. Obama skipped the speech, which sought to persuade US lawmakers to vote against a deal on Iran's nuclear programme.
Netanyahu said he had been unaware of the comments.
Baratz, 42, has also taken jabs at US Secretary of State John Kerry, saying he should seek out a job as a stand-up comedian, insinuating his speeches are laughable.
In a 2004 column, Baratz, who lives in a West Bank settlement, voiced support for Jewish hardliners pushing for a greater Jewish presence at a Jerusalem holy site.
'Poisonous words'
Much of the furor has centred on a Facebook post Baratz made about Israel's largely ceremonial but much-admired President Reuven Rivlin.
He poked fun at Rivlin's penchant for flying coach on official trips, saying he is able to do so from a security standpoint because he is a "marginal figure".
Baratz's comments triggered anger among some Israelis.
"This is the man the prime minister chose to be my mouthpiece, all of our mouthpieces, to talk to the world in our names. This man, with his words dripping with poison, his mouth is our mouth now," wrote satirist Mika Almog in the Yediot Ahronot daily.
A statement from Netanyahu's office called the posts "inappropriate", saying Baratz would show restraint once in public office.
If the cabinet approves the nomination, Baratz will serve as spokesman for Israeli media and become a close adviser to the prime minister.
A separate Netanyahu spokesman deals with the foreign press.
The nomination of Baratz came amid widespread unrest, as an increase in Palestinian protests against Israel's ongoing occupation have given way to frequent clashes across the occupied West Bank, including East Jerusalem, and the besieged Gaza Strip.
On Thursday, Israeli forces shot dead an alleged Palestinian attacker in northern Hebron.
Since October 1, Israeli forces or settlers have killed at least 74 Palestinians, including unarmed protesters, bystanders and accused attackers. At least nine Israelis have died in the same period.