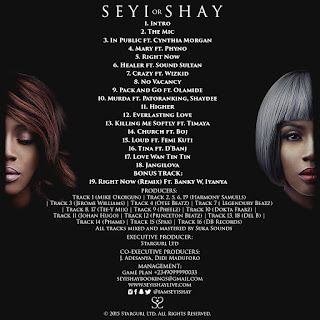 Seyi Shay will be holding a private launch party later today at Eko Hotel and Suites for Seyi or Shay. The album can also be purchased on iTunes and will be avaliable on the Cloud 9 platform from Monday the 16th of November. This album was produced by Stargurl limited alongside Jimi Adesanya and Didi Maduforo.