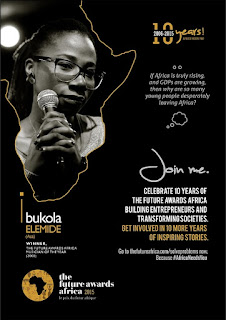 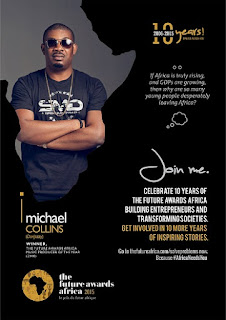 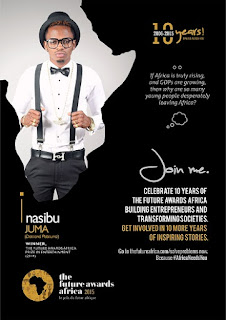 Africa’s biggest youth event, The Future Awards Africa has announced the ambassadors for the 10th anniversary – a stellar cast of past winners of the awards across business, development, governance and the creative industries.

“These 10 African icons have been selected from across East, West and Southern Africa because they represent the essence of TFAA,” says Sean Obedih, a member of the awards Central Working Committee based in Ghana. “They speak to the best that Africa has, but more importantly their lives work have inspired millions to take charge of their destinies and to get involved in rebuilding their communities and their countries.There are no better ambassadors than these to drive our #AfricaNeedsYou message as we celebrate 10 years of the awards and prepare for 10 more years of impact.”

The ambassadors will drive the 10th year anniversary campaign for the awards across TV, radio, online and through targeted events targeted at galvanizing the global TFAA brain trust to solve problems across Africa.

“The question we are driving people to answer is very simple,” says singer Asa. “If Africa is rising and GDPs are growing then why are so many young Africans still desperately leaving Africa?”

Added Alengoil: “There is plenty to celebrate in the incredible work TFAA has done over the past 10 years across 21 countries of Africa, but there is so much work left to be done, and #AfricaNeedsYou to join us and get it done.”

As part of the 10th anniversary #AfricaNeedsYou campaign, TFAA launched a 100-city tour to build 100 hubs across the continent over the next one year. The hubs will partner with local non-governmental organisations to solve problems community by community. It will be launched officially at the awards this year on 6, December 2015.

The Future Awards Africa 2015 is powered by RED and held in partnership with the Ford Foundation, Microsoft, the US Consulate, the Canadian High Commission Nigeria and The Tony Elumelu Foundation.
Posted by Unknown at 1:04 AM