In recognition for her remarkable passion for music, leading to the success of her first album with the desire to make moves in the industry, Singer/Songwriter, Actress, Komolafe Grace a fast rising gospel singer popularly called AWOKO by her fans, is a native of Lampese in Akoko, Edo local government Area in Edo State, whose hopes and aspiration is to take over the world and become a great woman in her chosen profession with the desire to affect people’s life positively with her inspirational songs.

Awoko as fondly called, grew up in a Christian family, she started her musical career at the age of twelve in the church choir ministry, but never knew it would be her major career in life. She had performed at various events such as Special praise programmes, Open crusade, Musical concerts, Wedding ceremonies, House warming and so on.
According to her “At the age of twelve, I already discovered myself , I got motivated, which made me stick to what I know best, my parent saw it coming and gave me the total support and freedom.”

Speaking on her challenges, she revealed that despite all the rough and tough journey so far, she never gave up because of the passion she had for music, although some people plotted distractions just to push me aside, but God remain faithful.
“Many people plotted distractions towards my musical career, but my God remain faithful to me; my zeal and passion for music kept me going.” She added.

Grace Komolafe is a Nigerian, and she learnt to infuse her dialect into her songs to embrace her culture, she got the name AWOKO from one of her lecturers in school while watching her dramatic performance and way of singing, with a unique voice effect that made her songs penetrated so easily, with matured and deep words, messages clear and direct, one of her tracks has also cut across two radio stations in Nigeria because of its content and messages. 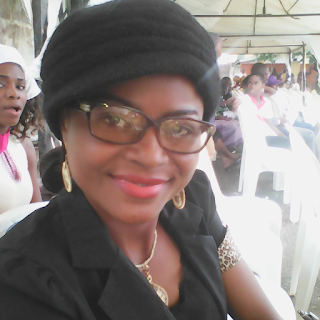