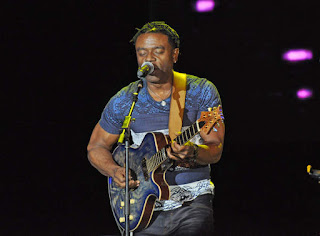 Satchmo's Jazz and Culture Festival, Lagos (SJL) is set to commence on the 27th of April, 2016 with an exciting tapestry of exciting events including festive threads of jazz (and nu-jazz) music, as well as jazz-inspired visual and literary artists.

SJL also has the mandate of UNESCO IJD to produce the International Jazz Day event in Nigeria, for the second year running. The event, expected to be the highlight of the festival - which encourages interaction between art, business and culture while providing non-stop excitement for all age groups - will be an exhilarating and magical experience for attendees, and it will hold at the Oriental Hotel, Lagos, Victoria Island.

This year's festival will also embrace fashion, film and spoken word events, and it will feature the 2nd August Agboola O'Browne Lecture. From the main stage at the Oriental Hotel, Lagos, Victoria Island, and other venues, participating galleries, restaurants, and hotels, the festival will reach thousands of live attendees and visitors throughout Lagos, the nation's financial capital. It will also see an impressive lineup of international artists such as Grammy Award-winning Norman Brown, Rick Braun, Carlo Rossi & The Organic Jam and Jon Scott. Some of Nigeria's foremost Jazz artists will also be performing including Femi Leye, Sax Tee, Imoleayo Balogun, Phebean and Godwin Strings.

International Jazz Day brings together communities, schools, artists, historians, academics, and jazz enthusiasts all over the world to celebrate and learn about jazz and its roots, future and impact; raise awareness of the need for intercultural dialogue and mutual understanding; and reinforce international cooperation and communication. Every year on April 30, this international art form is recognized for promoting peace, dialogue among cultures, diversity, and respect for human dignity, eradicating discrimination, fostering gender equality, and promoting individual expression.

SJL takes off with two Satchmo's IJD Pre-Countdown events; the first on April 27th in partnership with Industry Nite at Oriental Hotel, and another the next day, April 28th at The Blowfish where attendees will enjoy live music and floetry. The main IJD Countdown Event will follow on April 29th at Oriental Hotel. This event will set the stage for the UNESCO International Jazz Day Concert on 30th April 2016. The program of exciting events includes film shows and spoken word events on April 30th and May 1st 2016 respectively. It brings together some of the finest jazz artists in the world, including Nigeria, whilst creating musical bridges and platforms for the festival artists to share, teach and exchange in a recognized professional context.

Sent from my BlackBerry 10 smartphone.
Posted by Unknown at 12:32 PM