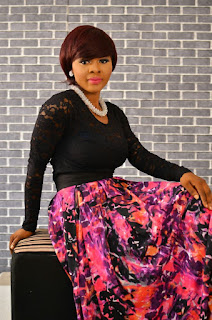 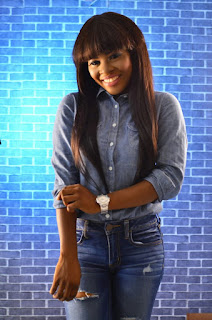 Meet the beautiful and petite, Olasunbo Ogundijo, an actress and producer to watch out for. Barely a year in the industry, the trained nurse whose passion for acting won't let her be, has already produced two films of her own and has featured in a few movies which will be hitting your screens soon.
Ola, who was born and bred in Lagos hails from Abeokuta, Ogun state. The actress cum producer who relocated from the UAE recently to pursue her dream made her acting debut in her self produced movies, Boomerang (Boomerang is a story of Love, revenge, deceit and Karma) and Emi N'ika, she has also featured in a few movies the likes of Omo Nla, June 12 and some soaps.
Olasunbo Ogundijo, the last child of a family of 4 is happily married.
Watch the trailer of Boomerang, written by Sharafadeen Olabode directed by Seun Olaiya and produced by Olasunbo Ogundijo.
https://youtu.be/riuaSA3KVME
Sent from my BlackBerry 10 smartphone.
Posted by Unknown at 12:02 PM