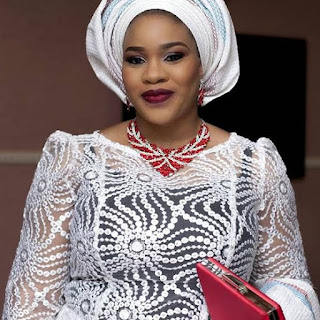 Consumers and retailers of Sunlight 2-in-1 detergent from South-West Nigeria were treated to a weekend of fun, as Sunlight Detergent wrapped up season 2 of its Alarambara Radio Drama Series with the Ara Otun Owambe party.

The event featured an episode re-enactment by Mosun Filani (Sisi Oge) and the cast of Alarambara and a fashion parade tagged "Gbe Simi Leti" contested by 15 attendees.

Welcoming participants, Regional Manager, West, Unilever, Leye Adeniyi, disclosed that the importance of women in the development of the society informed Unilever's decision to start a radio drama series aimed at educating and entertaining women.

"Women from different backgrounds share certain common concerns, including the need to balance work and family life. Our understanding of women's needs and interests spurred us to design a radio programme specifically for them, educating them on personal development, managing relationships and careers." Adeniyi noted.

"Due to the tremendous success of Season 1 of the Sunlight Alarambara Radio Drama, we decided to sustain the program, hence the Season 2." he enthused.

Speaking during  the unveil of the new improved Sunlight 2-in-1 detergent at the event, Brand Manager, Sunlight Detergent, Ojeabuo Akhiojemi, stated that the essence of Sunlight detergent can be captured in "Delightful fragrance and effective cleaning", which are the 2-in-1 benefits customers get anytime they use the detergent.

"It is our tradition at Unilever to listen to our consumers and try to decipher their needs. Based on feedback from our consumers, we recently improved what Sunlight detergent is known for in terms of delightful fragrance and cleaning power. This further positions the brand to offer consumers burst after burst of freshness. We have also introduced two new pack sizes of 25g at N10 and 225g at N100 naira to ensure Sunlight is affordable for all our consumers," Akhiojemi stated.

The highlight of the event was the episode re-enactment where Mosun Filani (Sisi Oge) and her friends acted out an episode of the radio drama to the delight of the audience.  The event ended with a feedback session from consumers and retailers, whose concerns were addressed by the Brand manager of Sunlight detergent.

Sent from my BlackBerry 10 smartphone.
Posted by Unknown at 10:05 AM