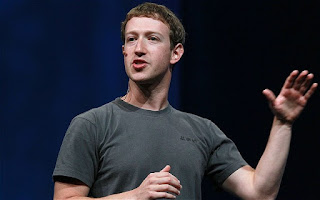 Facebook founder Mark Zuckerberg has been targeted by hackers who were yesterday able to briefly gain control of several of his social media accounts, some of which were defaced.
His Facebook account was not among the compromised profiles, although his Pinterest, Twitter and LinkedIn were, according to Engadget, which was able to screenshot some of the hackers’ messages before they were removed.
A post on Zuckerberg’s Pinterest page credited the hack to a group called OurMine Team. An associated Twitter account the hackers were pointing to has since been suspended.
It appears the hackers also tried to target Zuckerberg’s Instagram account — the only social service in the hack that is owned by Zuckerberg — but TechCrunch understands Instagram’s security systems prevented that account from being accessed.
Last month a massive dump of hacked LinkedIn email and password data cropped up online, thought to date back to an earlier 2012 hack. Back then LinkedIn had stored passwords as unsalted SHA-1 hashes, enabling hundreds of thousands to be quickly cracked — and leaving a massive insecurity legacy by providing hackers with huge amounts of real-world password data to improve their password-cracking abilities.
It’s unclear if the Zuckerberg hack incident relates to the vast cache of compromised LinkedIn email and password data, but it’s possible it does given the timing of the hack — and the fact the hackers referred to the LinkedIn breach in a message tweeted from Zuckerberg’s account, which read: “Hey @finkd [Zuckerberg’s Twitter account name], you were in Linkedin Database”.
The hackers also posted what they claimed was the password associated with Zuckerberg’s LinkedIn account.


It is possible Zuckerberg was using the same email and password for multiple social accounts, thereby enabling several of his social accounts to be compromised in succession.
Posted by Unknown at 10:27 AM