This last edition of Quilox Ultra Pool Party was themed colours with colourful decorations, hostesses in their colourful bikinis also glow in the dark wristbands and tagged! And it went out with a bang. On the 29th of May 2016 tickle bay took a bow as Quilox hosted its usual end of the month party. Victor Moses, Obafemi Martins, Kida Kuz, Mr P of Psquare, the Aquila trio Tilla, Que Peller and Baseone amongst many others were amongst the many that joined the wagon.
The Dj that drives everyone crazy, DJ Caise took the crowd on a trip as he thrilled them with different genre of sensational songs, it was also his birthday he was surprised by the Quilox team with a cake and a bikini model seen swinging a flag that had his face printed on it at the centre of the pool. The volleyball tournament was next as the reigning champion Team SP took on another competition, when it started to rain some people thought the champion may lose as its been luck all through. Team SP won the match again erasing any doubt that the win was anything but luck; the rain didn’t stop the players as they played till Mafe (The Referee) blew the final whistle
The wagon wasn’t going to let the rain stop its shine and as usual the party continued from Tickle Bay to luxury night club Quilox where it was all fun till the wee hours of the morning.
The Quilox (Pool party and club) is going on a usual annual break, after which it would come back and best believe you wouldn’t be ready for what they have to give. 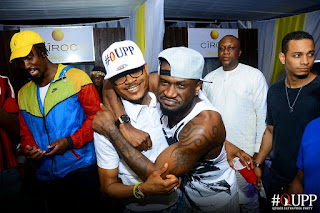 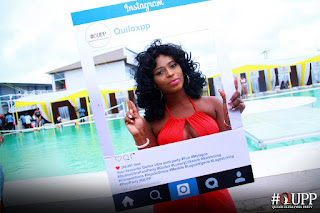 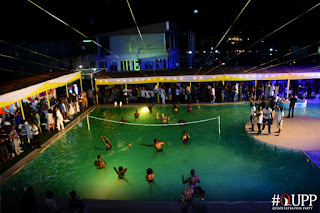 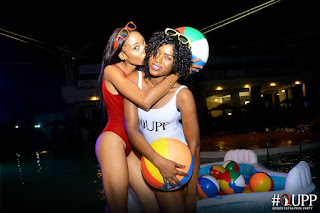