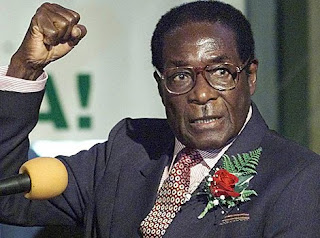 This week the government is to finalise its agreement to repay some US$1.8 billion of arrears to multilateral financial institutions triggering its re-entry into the international financial system after almost two decades in the cold. The news comes as Zimbabweans continue to struggle with a chronic shortage of the US dollar bills, the main denomination in the country's multi-currency financial system, and the government has announced it will be phasing the payment of salaries for June over the next three weeks.

The boards of the International Monetary Fund, the World Bank and the African Development Bank are due to meet in September to confirm the settlement of all outstanding payments to them and discuss plans for fresh loans to Zimbabwe. The road map for Zimbabwe's return to the international system was launched at the IMF and World Banks's annual meeting in Lima last September and was finalised at a special meeting at the African Development Bank in Lusaka on 27 May.

Finance Minister Patrick Chinamasa is due to arrive in France on 30 June for talks with the Paris Club of official creditors on a schedule to resolve arrears on bilateral debts. A team from the IMF arrived in Harare on 15 June for follow up discussions after it had assessed Zimbabwe's adherence to agreed reforms as satisfactory.

He will then come on to London to address the Africa Confidential conference: Zimbabwe: rebooting and rebuilding on July 5th. He'll be accompanied by a senior delegation including John Mangudya, Governor of the Reserve Bank and the minister's of Trade and Commerce, Mining, and Investment.

The next step is for the government to negotiate a medium-term programme of economic restructuring with the IMF which will include much tougher measures and more rigorous monitoring but could be worth as much a US$1 billion. The loan conditions will include deep cuts to the public sector payroll, commercialisation and privatisation of state-owned enterprises, and a roster of pro-business policies in agriculture, banking and industry. All that will require much greater accountability and public audits of government institutions.

Quite how those policies can be implemented in the run up to elections in 2018 is where the political scepticism starts. Already dissidents within the ruling Zimbabwe African National Union-Patriotic Front (ZANU-PF) are rejecting any policies that involve cuts to the public sector payroll, audits on state companies and compensation for white farmers who had farms seized during the land resettlement programme.

Opposition parties accuse the government of bad faith, trying to fix a deal with the IMF and World Bank so that ZANU-PF will remain in pole position to win the 2018 election.

Diplomats and foreign governments also differ over the government's plan. China, Russia and India are broadly supportive but have been less forthcoming with budgetary cash than the government hoped. But all three are lining up to invest in mining and power projects.

European governments have given conditional support to the deal with the IMF and World Bank but want to see further political and constitutional reforms.

Sent from my BlackBerry 10 smartphone.
Posted by Unknown at 11:57 AM