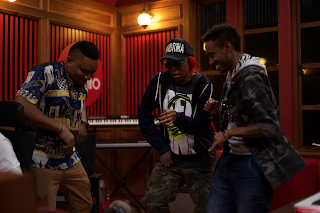 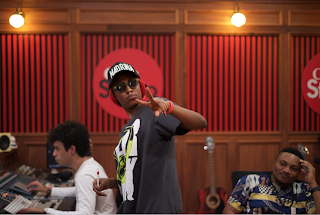 The sassy and stylish Nigerian Dancehall siren Cynthia Morgan is in Nairobi, Kenya to make her debut on the upcoming season of Coke Studio Africa. The “German Juice” hit maker will be collaborating with Ethiopian artiste Henok Mehari of the Mehari Brothers Band (MBB) on Coke Studio Africa season 4. Fans are set to discover a fusion of exciting sounds from West and East Africa.

The acclaimed Nigerian music producer Masterkraft is back on Coke Studio Africa this season! He is credited for producing numerous hit records, including Akothee and Flavour's Give it To Me" and the Coke Studio Africa season 3 hit mash ups between Flavour and Ugandan singer Juliana Kanyomozi. His first set of artistes to work with will be Cynthia Morgan and Henok Mehari.

While at Coke Studio Africa, Cynthia Morgan spoke on the inspiration behind her hit record "German Juice" and how it relates to women empowerment. “Men always write songs for women but we hardly make songs for ourselves. I wanted a song that would appreciate the woman because we are strong. I asked myself, ['What's the strongest juice? And then I thought when I was young and loved German cars and how strong they are. That's where I got the reference for the song's title]".