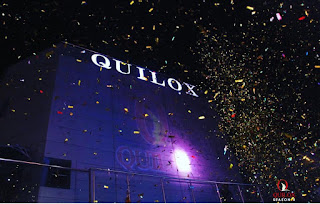 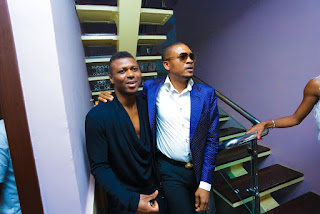 Guests where astonished when the unexpected was finally revealed on Friday the 15th of July 2016 as Quilox night club resumed operations after its regular one month break taken to remodel the club and create something fresh to its patrons to look forward to.‎

The event which was hosted by Bovi ,also had Pearl Cardie as host on the red carpet. Quilox opened for season 4 revealing its newly remodeled sections and upgraded luxury ambiance


. There were great performances by Ketchup, Air boy, Que Peller and Base- One as the crowd sipped on exotic cocktails outside while enjoying the show.

The doors leading into the club were dramatically locked in chains waiting to be opened by Mr Shina Peller himself. Kaffy's outstanding performance led to the opening of the club doors as she danced and hyped to the beat of a sychronized marching band.

Several celebrities turned up for the event including Tee-A ,Chris Ubosi,Lil Kesh, Skuki, record breaking Dj Obi, Toyin Lawani, Nancy Iseme, to mention a few.
Posted by Unknown at 11:35 AM