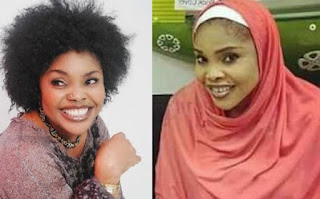 Fair skinned Nollywood actress Lola Alao has just increased the number of thespians who have converted from Christianity to Islam after she successfully switched her religion recently.

The actress surprised many following the development and her conversion was even rubber stamped by an Islamic scholar Adepoju Yusuf who took to his Twitter page to officially announce the move and also share a congratulatory message. 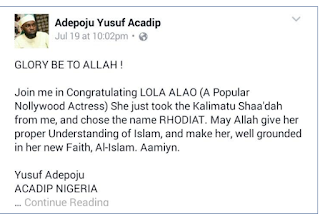 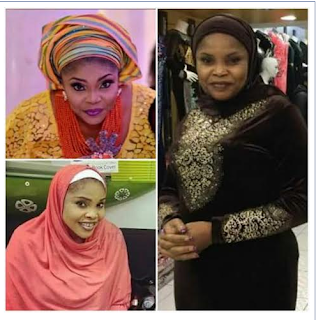 “Join me in congratulating Lola Alao (a popular Nollywood actress). She just took the Kalimatu Shaa’dah from me and chose the name Rhodiat. May Allah give her proper understanding of Islam and make her well-grounded in her new faith.” The Islamic scholar’s message read.