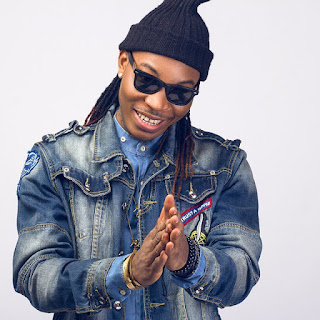 Achievas Entertainment signee Solidstar has apologised to MTV Base and the Headies for not nominating him for any of their awards which invariably means none of his songs were not deemed good enough for the outgoing year.

The burgeoning act who let out his guts a few days ago lashing out at the aforementioned platforms has retraced his steps by penning a heartfelt apology on his Instagram account.

Solidstar in his post acknowledged the fact that such organisations play a vital role in making the music business on the local scene and beyond function properly thereby putting the industry on the world map.

Read his apology below;

“Without platforms like @mtvbaseafrica @officialhiptv @soundcityafrica @afromusicpop @tracenaija @nigezietv all the other TV and radio stations and online platforms playing our videos, we would have worked way harder before getting any recognition after putting in so much work.

“They are the plug and once they pull it, the work will be extra for us artistes. Want to use this opportunity to appreciate all the support I've been getting so far from every platform that promotes music and all the ones that go out of their ways even without sponsors to organize awards and recognize our talents, I really appreciate what you all have done to put this industry on the map and try to build a structure.

“Mr @ayoanimashaun and every other investor that has contributed immensely in the growth of the entertainment industry, God bless you. We as artistes may sometimes rant and complain but we also need to look deep and see the hard work you all put in putting this industry together. You're the plug and may God bless you all!” He posted on his time-line.
Posted by Unknown at 9:21 AM