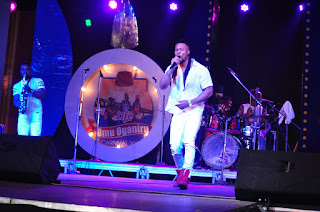 This year’s edition of Umu Oganiru Carnival ended with breath-taking performances by Flavour, Zoro and other popular South East artistes in Enugu state on Saturday 17 December, 2016.

The two-day event which kicked off on Friday16 December, with a street procession round the coal city continued the next day with colourful displays through Artisan, Stadium, Onu Asata, Obiagu Roundabout, UNEC Campus Gate, Kenyata Market, Agbani Road, Garki and back to the Polo Park Mall, venue of the concert.

The brand also used the occasion of the carnival to reward 24 entrepreneurs with N250,000 each by Life Continental Beer through the Life Progress Booster show, an entrepreneurial talent hunt and mentoring program targeted at helping innovative businessmen and women in the South-East. This year, a total of 200 entrepreneurs from Nnewi, Enugu, Owerri, Aba, Abakaliki and Onitsha were rewarded with a total of N50 million in the Life Progress Booster show.

“The Umu Oganiru carnival is an initiative to celebrate the progress and culture of the South-Eastern people - a culture that is hinged on entrepreneurship, said Emmanuel Agu, Portfolio Manager Mainstream Lager and Stout brands, NB Plc. “We started the carnival with a maiden edition in Onitsha, Anambra state in 2015. This year we brought it to Enugu and next year, fans can expect a bigger and better show as we move the carnival to yet another capital of a South-Eastern state which will be announced in 2017.” 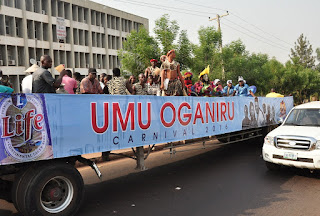 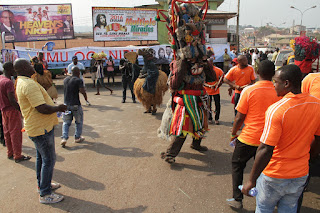