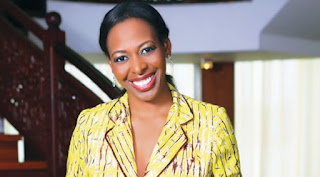 It didn’t shock me last year when the Academy Awards became the target of a boycott based on critics’ perception that its all-white nominee list – for the second straight year – reflected its bias.


With notable changes in the nominee list this year, the 89th annual Academy Awards will hold this Sunday at the Dolby Theatre at the Hollywood and Highland Centre in Los Angeles. Easily one of the most coveted movie awards, and glamourous events in Hollywood and the global entertainment calendar, the Academy Awards a.k.a the Oscars, has remained ostensibly out of the grasp of Nollywood, Africa’s biggest film industry.

Nollywood and the Foreign Language Film Award
The Algerian movie Z was the first African film to win an Academy Award, it won the Best Foreign Language Film Award in 1969. It wasn’t until 1959, 30 years after the first Academy Awards was held in 1929, that a separate category for non-English-language films was created. This Award is given to a feature-length motion picture outside the United States of America with a predominantly non-English dialogue track. As of 2016, 90 films have been submitted from across Africa, 8 out of that number went on to be nominated, and only 3 of these films have won the Best Foreign Language Film Award. Interestingly, Nollywood has had no submissions to the Oscars so far.

We could easily attribute this to the fact that the Nigerian Oscars Selection Committee (NOSC) was only recently approved. The NOSC is a 12-member committee of Nollywood stakeholders charged with the responsibility of vetting and selecting one film for consideration for the Best Foreign Language Film Award. The Academy of Motion Picture Arts and Sciences (AMPAS) approved the committee in 2014 ahead of the 2015 Academy Awards. Another important point to note is that majority of Nollywood’s, arguably, best productions are English-language films, and as such immediately do not qualify to be considered in the Best Foreign Language Film Award category at all.

Can Nollywood win the Oscars?
It is very important that we understand that the Academy Awards is actually an American awards event to recognise excellence in cinematic achievements in the United States film industry. Hence, a boycott and criticism of the awards by Hollywood actors and filmmakers does little or nothing for Nollywood’s dream of winning the Oscars.
Is it then possible for Nollywood to win the Oscars?
Although not simply, but the answer is YES!

Nollywood must not get stuck in the dream of just competing for the Best Foreign Language Film category. The industry needs to begin to look beyond this award and aim much higher. Lupita Nyong'o proved this to us when in 2013, fresh out of graduate school, she had her first feature film role in Steve McQueen’s historical drama 12 Years a Slave, for which she won the Academy Award for Best Supporting Actress and became the first Kenyan to win an Academy Award.
Nollywood is as much African as Lupita is, and she proved to the rest of Africa, and the whole world that it is possible. Nollywood actors/actresses and filmmakers can indeed excel in Hollywood, gain global recognition and win international awards.

Bridging the Gap
One of the major rules for qualifying for an Academy Award other than the Best Foreign Language Film Award, is that a film must open in the previous calendar year in Los Angeles County, California and play for seven consecutive days.
So far, only one Nollywood movie has premiered in Los Angeles. Flower Girl, a romantic comedy film set and shot in Lagos, was screened at the Hollywood Black Film Festival in 2013, and also had its US premiere at the festival screening in Los Angeles in 2013.
Global distribution and marketing for Nollywood films is key if it is to break new ground at the Oscars. Premised on its popularity across Africa and the diaspora, global reach for Nollywood films has already taken off since the movie adaptation of Chimamanda Ngozi Adichie’s book Half of a Yellow Sun. The movie starred Academy Award winner, Chiwetel Ejiofor and showed at the Toronto International Film Festival in 2013. Last year, 8 Nigerian films screened at the Toronto International Film Festival (TIFF), including Izu Ojukwu’s 76 and Kemi Adetiba’s The Wedding Party.
Video on Demand (VOD) platforms like iRoko TV, Dobox, DSTV ShowMax, Wabona, and Netflix, are further propelling the global consumption of Nollywood movies. Already, there’re a number of Nollywood titles available on Netflix: Kunle Afolayan’s October 1, Andrew Dosunmu’s Mother of George, and Biyi Bandele’s Half of a Yellow Sun, to name a few.
Young filmmakers are also exploring the boundless opportunities that the Internet provides to reach a wider audience. Online TV Channels are popular on YouTube now as well as other digital content start-ups leveraging Nigerian content to a global audience.

There is much promise
Nigeria already has some footprints in the Academy Awards. Chiwetel Ejiofor and Sophie Okonedo, are both Academy Award winners and of Nigerian origin. Nonso Anozie, Caroline Chikezie, Gbenga Akinnagbe, David Oyelowo and more, are all Nigerian exports to Hollywood who in recent times have expressed enthusiasm and interest in Nigeria’s film industry to herald the next phase of Nollywood’s growth.
A few of Nollywood’s superstars have also broken into the Hollywood space, a move that is very necessary if Nollywood truly intends to bridge this gap.
In June 2013, Omotola Jalade-Ekeinde made her US TV debut when she starred in the VH1 American drama television series Hit the Floor. She made a brief guest appearance in the 5th episode where she acted alongside popular musician Akon. A year after that, Stephanie Linus Okereke featured in a Hollywood movie called Boonville Redemption, where she played the role of a slave girl named Doris.
The Africa Movie Academy Awards (AMAA), the Africa Magic Viewer’s Choice Awards (AMVCA), and other local awards already do a great job of recognising and awarding remarkable Nollywood productions, but there is much promise and capacity for more.


What emphasizes this promise of a global award for Nollywood soon is evident in our unique stories and our ability to interpret them well. We should focus on stories that belie our unique realities as Nigerians. Stronger stories, better interpretation of these stories and excellent direction means better acting and production, which will inadvertently lead to appreciation that in turn means recognition and awards. And as we keep getting better at interpreting these stories that define us as Nigerians and as Africans, the day draws nearer when a Nigerian film will win Best Picture at the Academy Awards.
Posted by Unknown at 9:02 AM