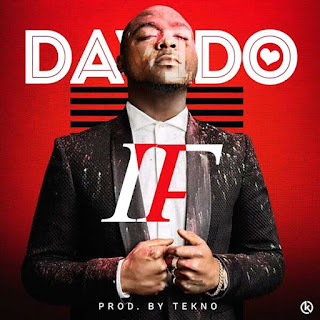 DMW honcho Davido has successfully proven Sony Music wrong by returning to making music how he knows best with the success of his latest single ‘IF’ which is gradually gathering massive airplay and appreciation in and out of Nigeria.


Davido who is now basking in the euphoria of the success of the song took to Instagram to make the assertion posting a video of American R&B singer Omarion singing along and bopping his head to his latest single which is currently topping major music charts.

“The bro @1omarion feeling da 'IF' vibes! All last year, they tried to change my sound .. saying staying true to my culture wouldn't work for me outside Africa! This year I fought and pleaded for 'them' to allow me make the music I know how to make and now see what's happened!! MUSIC AINT GOT A LANGUAGE !! NOW I GOT THE BIGGEST SONG IN AFRICA ONCE AGAIN! THANK TO JAH!!”

Recall that Davido noted two months ago after sacking his manager manager Kamal Ajiboye on Snapchat that he was tired of the international market as he was ready to go back to the basics which made him more viral and appreciated. 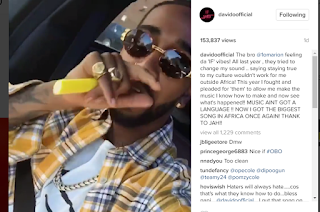